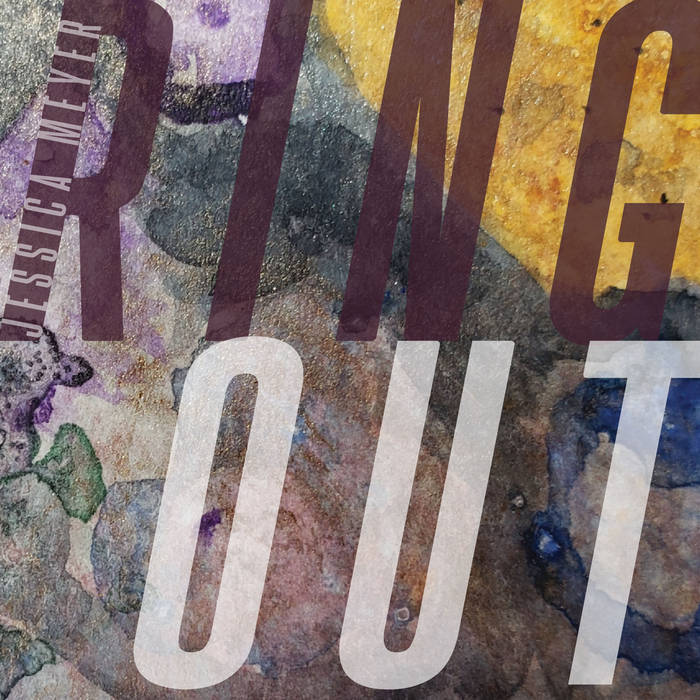 ”When I began composing I did not recognize at the time where this deep need to do so came from. I knew that I wrote music in response to events in my life, but I did not realize until just recently that the process of becoming a composer was also the catalyst for growing into a new version of myself. These selected pieces from that time period highlight moments of this journey of becoming. “
-Jessica Meyer, July 2019

Track 11: Recorded at the TANK in Rangely, CO (2017)
Produced by Jesse Lewis
Engineered by Bruce Odland and Jesse Lewis
Edited by Shauna Barravecchio

ABOUT THE PIECES
“But Not Until” is a duo based on a series of ironic interpersonal experiences that reminded me of the David Foster Wallace quote, “The truth will set you free. But not until it is finished with you.” This duo was the first chamber work I wrote, and it demands both an equal amount of physical and emotional virtuosity on behalf of the performers. Stark contrasts in range, color, and texture presents the complicated journey of finding one’s own personal truth.

“I Only Speak of the Sun” was inspired by Rumi’s Ode 1621 while exploring all the vibrant colors and textures these three instruments can make. Three excepts from the Ode serve as the catalyst for the emotional content found in the piece: “The Sun is my Master”, “I shine on those who are forsaken…tear off the mask, your face is glorious”, and “I will bring you love’s wine, for I am born of the sun.”

“Released”: Back in 2013, a mother of a friend of mine died in a tragic car accident on I-95. A truck unexpectedly crossed over the median and crashed head-on into her car. I often wonder what those last moments of life might be like. You hear about flickering lights and memories, and perhaps a swirling vortex of images of your life flashing before your eyes. However quick or prolonged, panicked or serene, I believe there is a moment of irrefutable recognition when you know death is coming and you are about to be released into the other side. This piece explores all of these ideas, in the hopes that one would ultimately find peace when they get there. I use the “Dead Man’s Tuning” (G – G – D – G) for this, which comes from the Appalachian Old Time fiddling tradition.

In “Seasons of Basho”, I took the enchanting haiku of master Matsuo Basho and sequenced the translated text in a way that narrates an age-old story of discovery, lust, loss, and loneliness using the unique combination of countertenor, cello, and piano. Basho’s poetry is deeply rooted in nature, and I used the cyclical changing of the seasons as a metaphor for the highs and lows of obsessive love.
Lyrics: jessicameyermusic.com/seasons-of-basho/

“Only a Beginning” was inspired by words and music I interacted with during the Summer of 2015. The title comes from Indira Ghandi’s quote: “Martyrdom does not end something, it is only a beginning.” I happen to stumble upon this quote after a week of performing Poulenc’s “Dialogues of the Carmelites” at Caramoor and a chance encounter of hearing a friend sing the “In Paradisum” of the standard Catholic Funeral mass. With all of these events coinciding, I could not help but reflect on what sacrifice means – what we think it means, and how it actually plays out in everyday life. We may sacrifice things for God, our spouse, our children, our family, our friends, sometimes even for people we don’t even know. This piece explores what can happen to us emotionally in this act of giving, and what we ultimately learn about ourselves in the process.

“Ring Out, Wild Bells” (for vocal octet and field recording): I happened to be in Paris on an Easter Sunday morning, and while I was at a café three different churches within earshot started chiming to call everyone to mass. Amazing rhythms started to phase in and out of each other, so I ran outside with my phone and recorded it. This became the inspiration for “Ring Out, Wild Bells”, which is also a poem by Alfred Lord Tennyson (published in 1850, yet still very relevant today) that accurately sums up what I wish to see in the world.

For musical reasons, I have extracted the following text and sequenced it differently from the original poem. I have also extracted a section of my original recording of the bells and looped it. The ensemble should accompany this track for the middle section of the piece. It was an honor to have Roomful of Teeth bring this to life at the TANK’s Summer Solstice concert in Rangely, CO in 2017.
Lyrics: jessicameyermusic.com/ring-wild-bells/

With playing that is “fierce and lyrical” and works that are “other-worldly” (The Strad) and “evocative” (New York Times), Jessica Meyer is a versatile composer and violist whose passionate musicianship radiates accessibility and emotional clarity.

Since embarking on her composition career only five years ago, her works have been performed around the world.

Bandcamp Daily  your guide to the world of Bandcamp